Urban restructuring of the Municipality of Karditsa

Nov 2006
The Municipality of Karditsa is restructuring and modernizing its commercial centre. 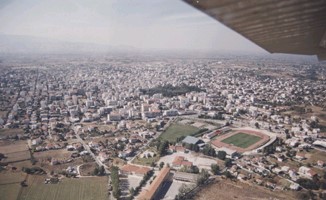 The Municipality of Karditsa is restructuring and modernizing its commercial centre. A new urban planning scheme, reconstruction work in the surrounding areas and an architectural plan will be carried out. In parallel, a social policy programme is being implemented, including training of the unemployed and increasing the use of IT in managing the area's cultural heritage.
As Technical Consultant (between 1 st January 2005 and the end of 2006), TREK Consulting is engaged in the project "Interventions for Urban Development in Local Small Scale Zones" of the Regional Operating Programme of Thessaly - Measures 3.5 and 3.6, with a budget of 4.035.972#.

The project includes the architectural design and restructuring of parks and public places in the urban area of Karditsa, environmental protection works and transport, as well as social policy actions such as employment and training, and the management and digitization of cultural heritage using IT.

TREK Consulting provides technical support to the Municipality of Karditsa , which is the end beneficiary of the above-mentioned Operational Programme, to ensure the timely absorption of funds and efficient completion of projects.

The Consultant's tasks include: